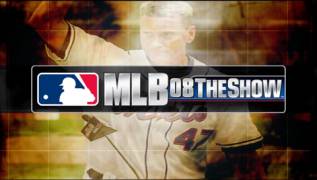 MLB 08: The Show for PSP is the only baseball game officially licensed by the Major League Baseball Players Association.

It seems that each next version of the sports simulator should differ very little from the previous one, but MLB 08: The Show for PSP will prove that the developers did not get paid for nothing for a whole year.

Naturally, every sports sim strives to be as close to broadcast quality as possible, and in 2008 the leading baseball series will take a big step in this direction.

In addition to the traditionally polished gameplay in MLB 08: The Show , the animation created using motion-capture technology will be significantly improved, many new story clips will be added to contribute to the integrity of the perception of the game, and the broadcast mode of the match will be significantly improved - cameras will be added, it will become more realistic a commentary that adapts on the fly to all the ups and downs on the baseball field.