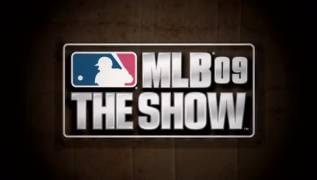 MLB 08 was unanimously recognized as one of the best simulators of baseball of all ever created and Sony is aimed at making MLB 09 it is even better. In addition to usual features and the modes (Franchise, Road to the Show, etc.), Sony added the new game modes and features which will make playing the game more fascinating and long. Players will also see that the detalizirovannost of all marking at stadium increased; wear of a covering at stadium, transitions in lighting, JumboTron animation & mdash; all this was considerably improved. & laquo; The Franchise MLB was recognized as the leader of the industry in respect of realism and the general gameplay, and we, naturally, are interested in remaining on a wave, having lifted a game to higher level in MLB 09 The Show, & mdash; Scott A. Steinberg, the vice-president for SCEA marketing reported. & mdash; With expanded opportunities of a gameplay and great attention to details, than ever before, MLB 09 The Show is ready to presenting to players unsurpassed feelings! & raquo; CPS1
Lord of the Rings, The - The Return of the King