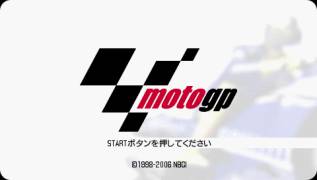 One of the best motorcycle simulators comes to PSP! Exciting races are waiting for you on real-life tracks, where the championships of the Moto GP series take place, on one of the really recreated and detailed - from appearance to handling features and technical characteristics - motorcycles of such famous brands as Yamaha, Suzuki, Honda and others.

The 2006 MotoGP racing season was one of the most dynamic and unpredictable ever. Speed ​​lovers will be able to compete with 2006 season stars Valentino Rossi and Sete Gibernau, as well as compete with reliable rookie pitchers Dani Pedrosa and Casey Stoner. As a nice addition to the game will include the stars of the 2005 season - Max Biaggi (Max Biaggi), Alex Barros (Alex Barros) - and many other eminent professionals.

MotoGP is:
- Legends of sports - for the first time on the PSP you will have the opportunity to converge on the track with such legendary riders as the Italian Valentino Rossi, Loris Capirossi, Seth Gibarno.
- Licensed tracks - all routes presented in the game really exist and are used in championships.
- Play with friends and online - MotoGP supports both multiplayer options.