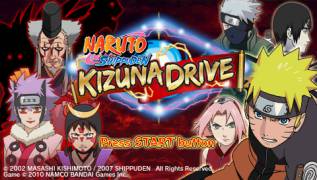 In the new game called "Kizuna Drive" Naruto ninjas will go up against huge and bloodthirsty monsters. Team battle is the only way to defeat such a strong and terrible opponent. You can form your own team using the familiar alliances mentioned in the manga of the same name, or create your own trio of heroes. Take control of up to three players yourself or play as a squad of up to four warriors in co-op mode.

Develop your own strategy, but remember that the chances of success are greater when all the links are in the chain! You can get by with only defense and attack, but the healer in the team will not be a hindrance!

Become a master ninja by mastering the sequence of button presses, thereby applying the most powerful combo attacks and crushing opponent after opponent. At the same time, do not forget to collect precious Kizuna points in order to improve your skills and abilities with the help of them in the future.