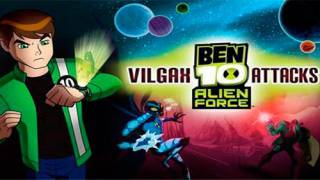 When uncle is not around, who will help him? Annoying cousin or his enemy?! Save the earth from a new invasion of aliens... this is not an easy task again fell on the shoulders of Ben Tennyson, who is no longer a little boy. At first glance, 10-year-old Ben looks like the most ordinary boy, but upon closer inspection, you will realize that in front of you is the youngest superhero in the world, who will have to stop the invasion from space. A significant role in Ben's becoming a hero was played by the Omnitrix, a magical amulet ingrown into the boy's wrist. With the help of the Omnitrix, the hero will be able to take the form of eight popular aliens from the animated series Ben 10: Protector of Earth, acquiring new skills and powers.