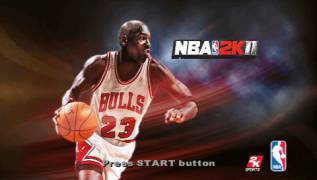 NBA 2K11 continues the popular series of virtual basketball simulation NBA 2K, the face of which is Michael Jordan himself.

In the new season, the game developers will give us even more realism, many teams, leagues, tournaments, championships, modes and much more. In addition, NBA 2K11 will feature a special game mode, The Jordan Challenge. In this mode, you will have a unique opportunity to play as basketball legend Michael Jordan and repeat his success in the most outstanding matches. "The Jordan Challenge" consists of ten of the most famous games featuring Michael Jordan. And that is not all. You'll also get the chance to play as the legendary Chicago Bulls from the 80s and 90s.