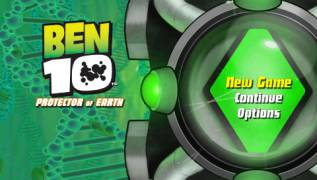 You will have to become one of the most famous cartoon network characters, Ben Tennyson. At first glance, 10-year-old Ben looks like the most ordinary boy, but upon closer inspection, you will realize that in front of you is the youngest superhero in the world, who will have to stop the invasion from space. A significant role in Ben's becoming a hero was played by the Omnitrix, a magical amulet ingrown into the boy's wrist. With the help of the Omnitrix, the hero will be able to take on the forms of five popular aliens from the animated series Ben 10: Protector of Earth, acquiring new skills and powers. However, not all so simple. The villain Vilgax, with the help of Kevin 11 and the Knights of Eternity, plans to take over the Omnitrix, leaving the Earth defenseless against a new enemy.