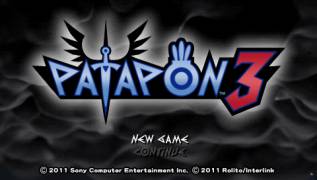 Brave kids patapons marched across the bridge, which was erected in the second part of the game, and stumbled upon a mysterious vessel. Without much thought, restless creatures opened it! As you know, curiosity killed the cat ... Seven evil spirits escaped from the vessel and instantly turned all the patapons into stone. Everyone, except for the brave standard-bearer-khatapon. He managed not only to avoid a sad fate, but also to find the Silver Hosipon at the bottom of the ill-fated vessel, who sent the superhero Patapons to help him in the fight against the demons!

A2600
Ide Yosuke no Mahjong Juku