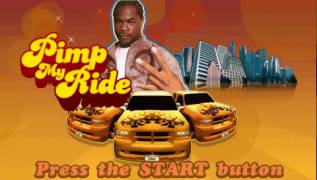 On streets Pimp City also mdash is restless; there speed lodged! Fearless men and women compete in skill of driving, flying on streets with precipitancy of wind. But to achieve recognition and respect of racers, to go a little quickly. About the driver judge also by his car! Your four-wheel friend has to be brighter, more beautiful and more powerful than cars of rivals, so, him also laquo is necessary;