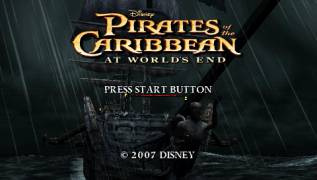 Pirates of the Caribbean: At World
PlayStation Portable - PSP

The East India Company, led by Lord Beckett, is going to exterminate the pirates and seize the trade routes in the Caribbean. But Jack doesn't have to change his habits to save his life! Running, fighting, women and gambling - it won't be boring!

You will sail from the canals of Singapore to the shores of the Black Sand and assemble the legendary Council, which can only be accessed by the great leaders of the pirates - and with each of them you have to fight a duel! And by defeating the sea devil - Davy Jones, you will restore pirate order in the seven seas!