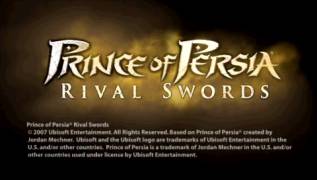 The Prince keeps the way in this game home, to Babylon, together with Kaylina - the mysterious Empress Vremeni. However on arrival in the native land, instead of peace for which he so waited after the long wanderings it finds the kingdom ruined by war, and in addition to it Kaylina appears the victim of an artful plot. After its stealing Prinze manages to trace as the captive is conducted to the palace - but he manages to witness her execution only. The death of the Empress releases Vremeni's Sands which strike the ruthless blow to Prinze and threaten to destroy everything that to it it is expensive in this world. Thrown out on the street, pursued as the tired-out animal, Prinze very quickly learns that ominous Sands spoiled also him: they gave life to killing Dark Prinze whose spirit gradually begins to seize it... Whether Prinze will cope with this delusion or will fall the victim of the awful antipode? It is possible to answer this question, only at the end of this excellent game...

the New mode of a game on Versus network will push off two princes in a fight with time: the one who will quicker run level will win, making obstacles for the late opponent.

and operate one of two absolutely excellent from each other the character. Skills and weapon of two soldiers with the unique fighting styles, the relations and stories will be available to you.