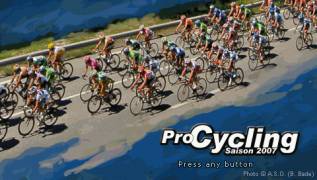 Pro Cycling Manager 2007 is the debut of the popular cycling game on the PSP.

The game is created with the participation of real managers who work in cycling to make sure that all the details of the game are true.

The game has a more realistic model of the lighting system and shadows.