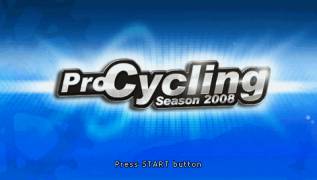 Race again in 2008 at the Tour de France Cycling Simulation. PSP Pro Manager Cycling 2008 -- The Tour de France has been specifically designed to take advantage of the unique features of the portable while offering optimized gameplay. Racing is the real highlight of this version, thanks to the ability to compete in big international cycling competitions, including the new track races and the 2008 Tour de France, which has been faithfully recreated. So choose the team to bring to the top of one of the 18 official teams and star players available. This 2008 Edition allows you to challenge your friends in multiplayer mode via LAN or via PSP equipped with WiFi.