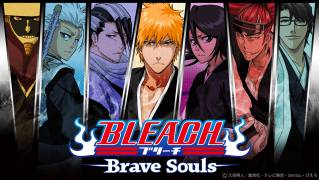 Bright 3D fighting game based on the popular manga/anime Bleach. Sony Computer Entertainment decided not to break the tradition with the annual release of new parts. As with previous games in the Bleach Heat the Soul series, PSP owners can expect an expansion in the list of available characters, new moves and abilities for the heroes of the old roster, new arenas and additional game modes.