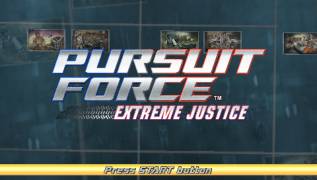 Continuation of the first part of the game. Now the game will have four new playable characters, all of them are part of a special operational unit, whose task is to crack down on crime. Events will again unfold in Capital City, which is torn to pieces under the onslaught of five gangs. Among them will be: Raiders - a professional group of modern pirates specializing in robbery, Vipers - corrupt policemen led by an immoral commander, Syndicate - bank robbers from the UK and Europe. Fights with gangster leaders are always spectacular, but extremely dangerous. Each "authority" needs an individual approach - to find it, you will need not only a reaction, but also ingenuity! You can envy the arsenal of the special squad! Pistols, shotguns, machine guns, grenades and even heavy artillery - this is not a complete list of powerful weapons. At your disposal will be 12 new types of vehicles (their total number will exceed 60), as well as a speedboat, helicopter and special cars, which will have to pursue the most dangerous bosses. In total, in Pursuit Force: Extreme Justice, the developers have prepared more than 50 criminal situations for players in which you will have to make it clear to the bandits who is the real boss in the city.