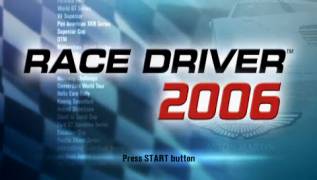 Race Driver 2006 is an expanded and improved version of TOCA Race Driver 2, which was released in September 2005 for the PSP. The new racing simulator will offer more than 30 different championships, 2 global game modes, Career and TransWorld Cup - these points will be backed up by real cars, a believable damage system, realistic physics, a huge number of tracks, long races with up to 21 cars and new multiplayer game modes.