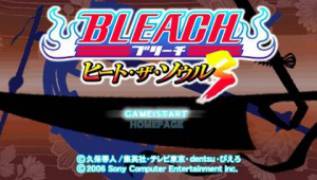 The third part of the series of fighting games Heat the Soul offers a choice of 33 main characters (including Ulquiorra, who until then shone only in the manga), as well as several heroes to pick up; Well, addictive gameplay, as usual, is included. All your favorite heroes are equipped with a ton of moves and signature super attacks known from manga and anime.