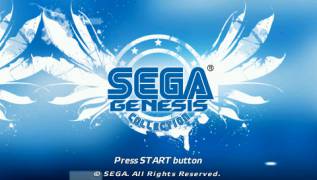 Long years after the era of 16-bit consoles, the best designs of the legendary SEGA Genesis console are back on sale. These games, which became bestsellers, crowned a golden age in the virtual space. And today they are in your hands! The SEGA Genesis Collection is a complete collection of hits from the distant past. Only together with them you can plunge into the world of carefree childhood!

Each project has been carefully selected by a strict commission. Only those who won the hearts of millions managed to win a precious place in the SEGA Genesis Collection. Those who went down in history as the founder of the genre. To those who have been awarded the title of immortal idol! Together with them you go to the worlds of cruel barbarians, mafia wars and space disasters - to the place where the electronic entertainment industry was born.