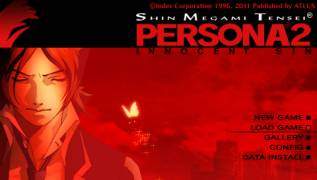 The plot tells about the adventures of a group of schoolchildren in the Japanese town of Sumaru, over which a terrible curse hangs, due to which any, even the most insane rumor or urban legend can come true if it reaches a sufficient number of narrow-minded ears. We have to fight with all the monsters and creatures of human imagination as part of a squad of five people. The battles will take place in a turn-based manner with the obligatory use of "Persons". Before the battle itself, we, as usual, are free to enter into negotiations with the demons, extract from them a few useful items, tarot cards and pieces of information.