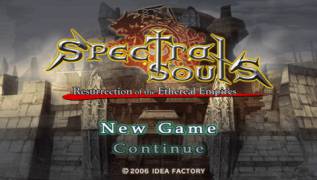 In Spectral Souls, the player will plunge into the atmosphere of a fierce protracted war that is being waged between the three kingdoms of the Royal Demon Kingdom, Imperial Army Kingdom and Rebel Army Kingdom. The storyline will be built on the fact that the player will have to fight in turn for each of the three opposing sides, and the fate of all three will depend on how successful his actions will be, what decisions the player will make during the game for one of the sides. In each of the campaigns, you will control a new character, and the action will unfold in the Neverland game universe, in which an ancient evil that has been imprisoned for centuries has been unleashed.