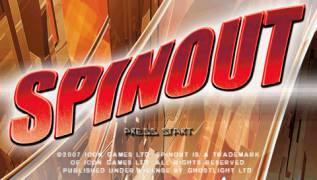 Your attention is presented to the most exciting game "Spinout" for psp, which is an exciting race of balls that you have to control, overcoming various obstacles.

In fact, this is one of the varieties of the legendary game on PC - "Balance", only with even better graphics, well-thought-out gameplay and realistic ball movement physics, honed to perfection.

The main features of the Spinout game: