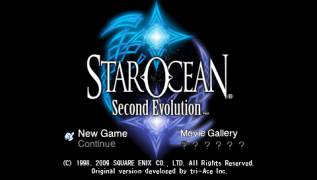 Star Ocean: Second Evolution is a remake of Star Ocean: The Second Story released for PlayStation One in 1998. The game has been thoroughly redesigned in order to fully meet the requirements of the times. Character design has changed for the better, there are beautiful animated videos and voiced dialogues. At the same time, the developers have carefully preserved the charm, flavor and epic scope of the original saga.

Events unfold twenty years after the incidents on the planet Roak, described in the original Star Ocean. This time, the young son of the hero of the Earth Alliance, who accidentally ended up on a little-studied planet, was at the center of events. There he met representatives of an unfamiliar civilization, on the verge of death and placing their last hopes on a hero from heaven. According to the prophecy, a guest from another world will be able to save the perishing people...