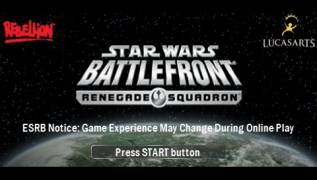 Star Wars Battlefront: Renegade Squadron is the story of a motley squad of smugglers, scoundrels and profit-seekers from all over the galaxy, who were gathered under their flag by the notorious Han Solo. Squad Solo must perform one of the most dangerous and covert operations during the confrontation between the Rebel Alliance and the Galactic Empire. "Renegade Squadron" must take part and certainly win in a number of important ground and space battles. You are waiting for the Valley of the Sith, the wreckage of Alderaan and many other dead places. In addition to space battles, you also have to arrange sabotage and rescue hostages. Thanks to the variety of weapons and additional equipment, the number of modifications to the appearance of characters and spaceships is in the millions. No matter how much you play you will not meet a single member of the Renegade Squadron that looks alike. Naturally, imperial fighters and soldiers will, as always, look alike like two peas in a pod - made according to the same model, with the same uniforms and weapons. And it is precisely in the unpredictability of actions and in the variety of weapons of your squad that the main trump card of the Renegade Squadron lies.

Features:
In the collective game mode, you can join forces or fight with real opponents. Up to 16 players can take part in the game via the Internet. With a direct Wi-Fi connection, up to 8 players will participate in space battles at the same time.