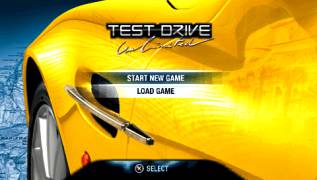 Oahu is a heavenly piece of tropical land, lost among the azure ocean waters. This piece of the Hawaiian archipelago is immersed in the gold of sandy beaches, the bright rays of the equatorial sun and the greenery of sprawling palm crowns. Local residents with skin the color of burnt terracotta are measured and unhurried. Indeed, why rush when the whole island is entwined with a 1000-kilometer network of high-speed highways, along which you can rush with a breeze in one of 100 high-speed fireballs?

Island dealers represent the interests of 25 selected auto concerns from around the world - tourists have at their disposal an extensive fleet of rare models of cars and motorcycles for every taste. Even the most picky aesthetes will find "wheels" to their liking: the appearance, interior of the cab and the technical stuffing of luxurious vehicles of rapid movement can be improved and changed in every way in a thousand ways. Test Drive Unlimited is not exchanged for trifles. The general yardstick by which the gaming community is accustomed to measuring racing simulators does not suit the special purpose of this revolutionary project.

Game Features:
The first game that creates an endless world of racing, speed and live communication.
More than 1000 kilometers of roads against the background of stunning landscapes of tropical nature.
Over 100 cars and motorcycles from the giants and legends of the world of mechanical engineering. Lamborghini, Aston Martin, Mercedes, Audi, Lotus, Dodge, Jaguar, Ducati, as well as the rarest examples of classic cars.
The interior of each car is recreated in detail under the license of manufacturers!
No props - all components and devices of the machines are fully functional: from the wipers to the radio!
Really fast AI in single player mode.
Graphics at the peak of progress with the same splendor shows the pastorals of the island fauna and predatory contours of high-speed fireballs!
Realistic behavior and handling of machines. 32X
Harry Potter and The Chamber of Secrets