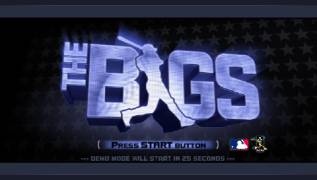 The BIGS for PSP was developed by Blue Castle Games, which promises the most realistic models of athletes and baseball stadiums, as well as excellent visual effects. The animation of the players, as already established, is created using the latest developments in the field of Motion Capture. A fairly standard solution for sports simulators from 2K Sports seems to be support for a multiplayer mode for up to 4 players. The development team was led by Dan Brady, formerly known as CTO of the EA Sports MVP baseball simulation series, and assisted in this by Jason Lay, senior designer of the MVP series.

The BIGS for PSP:
- The most realistic baseball simulation for PSP
- Licensed MLB players and teams
- Excellent game physics and realistic gameplay