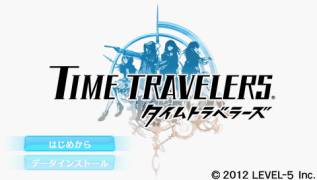 In the near future, a certain "hole" appeared in the sky - Lost Hole. Rushing over the center of Tokyo, she claimed many lives. The events take place 18 years after the disaster, starting on April 28, 2031. With the help of some device called the Space Elevator (located at an altitude of 2,000 meters above the city), Tokyo is restored. It somehow generates energy for the inhabitants of the city, and no one knows how. And April 28 looks like an ordinary day, but this particular day will be fateful.