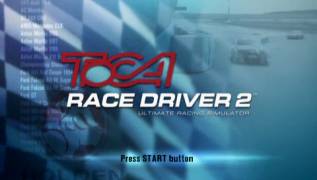 TOCA Race Driver 2 - the beautiful and realistic racing simulator which is the sequel to well-known TOCA Race Pro. Authentic routes and reliable behavior of cars, noise of tuning engines and a smell of the annealed rubber - all this for you, fans of high-speed driving on expensive cars.

of Feature of a game:
- 33 championships in 15 types of motorsport.
- 35 high-speed cars, including Ford GT, Aston - Martin Vanquish, the Jaguar XKR, Nissan Skyline and AMG-Mercedes CLK.
- 52 routes located in 30 racing locations.
- More than 20 cars fighting for superiority on one route.
- the Stunning graphic cursor.
- Difficult physical behavior model and realistic model of damages of the car.