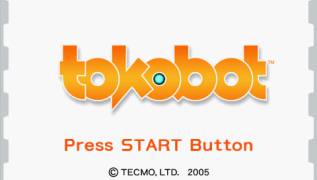 Ancient ruins hold many secrets and incredible discoveries. As a rule, they only tell us about the past, but Bolt, the protagonist of the game, managed to get into such a bind that the future depends on! Thousands of years ago, a mysterious civilization reached incredible technological heights. Brilliant engineers and roboticists have created a whole race of universal assistants - Tokobots. Cheerful and friendly cyborgs outlived their creators. Buried deep underground, they were discovered only in our days ... They were dug up by Bolt, who did not even suspect the significance of his find! However, a group of intruders turned out to be much more astute. The villains decided to turn the power and hidden potential of mechanical assistants against all of humanity. Fortunately, Bolt found out about the plot in time and, with the support of the Tokobots, began the fight.

* Work as a team! Tokobots are smart guys. Explain to them what needs to be done, and the little ones will help you overcome any obstacle.
* There are never too many Tokobots! Starting the journey in the company of six assistants, you will subsequently receive a whole army of faithful comrades.
* Babies are growing! Bring the tactics of joint action to perfection, and the result will not keep you waiting. Having worked properly with assistants, you will gain access to the main technique - Karakuri Combinations. During this maneuver, the kids turn into adult robots!
* Wait for the final and get a prize! At the end of the game, the winner receives a rich collection of entertaining mini-games featuring Tokobots.