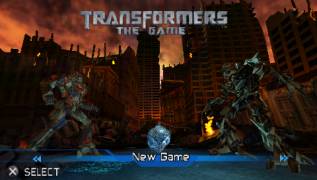 Autobots and Decepticons - everyone knows these heroes. The confrontation between good and evil robots-transformers excites the minds of teenagers all over the world, and thanks to the film of the same name by Steven Spielberg, the ranks of fans have grown several times! However, now you can not only watch the wars of the giants, but also personally take part in them. Legendary heroes and their mortal enemies - who will emerge victorious? The outcome of the battle depends on you!

Transformers: The Game is a spectacular and dynamic action movie created especially for fans of incredible battles! Dozens of huge robots turn cities into ruins, throw cars and fight with concrete pillars, transform and acquire new abilities. Choose one of the familiar characters and contribute to the fate of the world. Your battle will take place here and now!