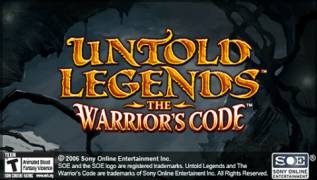 Untold Legends: The Warrior' s Code & nbsp; - long-awaited continuation of one of the very first games which appeared on PSP. However in a new part absolutely new fighting cursor, waits for you a huge number of absolutely new receptions and thanks to which opportunities you will be able to realize a huge number of various combinations. You should choose one of five characters and in his role to endure unforgettable adventures in one of five worlds, each of which contains in itself(himself) nine levels. You enter a fight with the God of war and are obliged to win against him, and then to release the civilians who got to it to slavery.