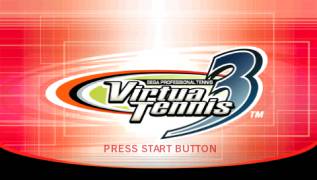 Often on the tennis court passions to which the most intense football matches will envy boil. Why? The answer is simple: the big tennis demands from athletes of magnificent preparation, diligent trainings and the full calculation, and the emotional pressure under such circumstances reaches peak point. Thousands of people sympathizing this or that player so the soil for emotions turns out the most favorable are going to look at fight of champions. Virtua Tennis 3 & mdash; your admission on court where the best tennis players of the planet gather. Having started a career from friendly matches at which your hero is resisted by little-known athletes, you get chance to break through in tennis elite and to cross rackets to celebrities whose names are known to all young and old. Train diligent, diligently prepare for responsible matches, and your name will start gleaming on the front pages of sports newspapers too!