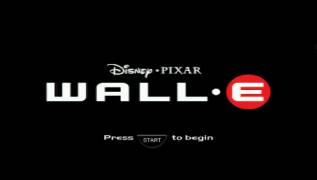 The planet became a huge lifeless dump. People left the planet sinking in garbage Earth long ago, but leaving Earth people left one small VALL-I (robot cleaner). The forgotten robot the poor creature executes the tasks, trying to clear when that the picturesque planet of dirt of the former civilization. Once VALL-I life incredibly changes, he fell in love in WILLOWS - the robot, and around everything changes. A meeting with surprising adventures, improbable travel and hard tests - wait for you!

the Game was created according to the animated film of VALL-I from Walt Disney and Pixar studios. In a game of 10 fantastic and tremendous worlds wait for those who make bystry decisions and get out of a difficult situation who is glad to dangerous enemies and tangled puzzles. Combining unique opportunities of VALL-I and WILLOWS, you will come to a victory!