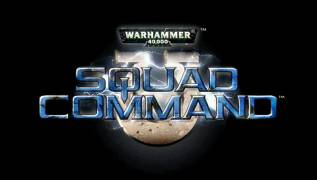 Warhammer 40,000: Squad Command is a captivating turn-based strategy game that will allow you to re-immerse yourself in the world of brutal battles and show tactics, ingenuity and courage on the way to victory. The Elite Paratroopers are the main striking force of the Human Empire. It is they who are entrusted with defeating the army of the Forces of Chaos and opening the way for their civilization to outer space. You will become the commander of one of the units. Be at the forefront of the War Hammer of the Earth, take part in the most exciting war! A full single player campaign consisting of 13 missions that will captivate you for over 100 hours of game time. 9 unique multiplayer maps for up to 8 players at the same time. The universal combat system will make each of your fights unique, not like the others. The game features over twenty deadly weapons from the Warhammer 40,000 universe. And plasma cannons with huge swords are the most harmless of them. Fully destructible 3D environment. Two playable races: Space Marines and Chaos Space Marines.