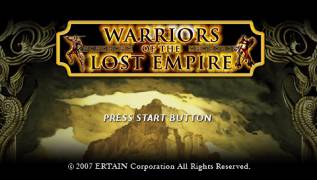 Warriors of the Lost Empire is an action PRG set in a fantasy land. Many years ago, a city was founded on this site by Emperor Hadrianus. But one day the Emperor is locked in the temple and then panic begins in the city.

The city begins to be attacked by various ill-wishers and terrible creatures. Then a special detachment of warriors was sent to this city to establish order in it.

The player chooses one of four heroes, each of which he can customize to his liking.

As you progress, the player receives new skills and abilities. In this world, there are a whole bunch of dungeons open for exploration. They are filled with nasty creatures and scary bosses that need to be defeated.