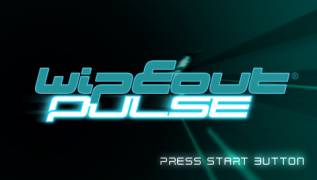 WipeOut Pulse is a fusion of extreme speed, high-tech weapons and dangerous tracks. The game continues the tradition of its predecessor, raising the quality bar to new heights. Twenty-four fresh routes, tons of outlandish weapons and futuristic fireballs, for which 800 km/h is far from the limit, are waiting for desperate racers. The competition for the title of leader takes place between eight teams, including the previously unrepresented EG-X.

Appreciate the advantages of modern technologies that can not only reproduce, but also violate the laws of physics. The innovative Mag-Strip feature literally sticks the anti-gravity vehicle to the surface, so you can forget about all the restrictions. Ride on steep walls and ceilings, enter turns at maximum speed!

In a collective match, several opponents fight for the title of champion at once. A powerful soundtrack, composed of modern pop music and remixes from trendy DJs, adds to the spice of the fight. Mason, Loco Dice and Stanton Warriors are waiting for you, but that's not all - additional music, tracks and vehicles are delivered separately from the game and are available to everyone.