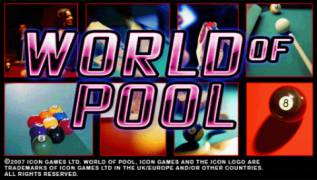 As it is already clear from the name, World of Pool for PSP represents the billiards simulator. And not just simulator, and very much even qualitative. In a game there are several types of games of billiards: a snuker the six, a snuker of ten, a classical snuker, classical desktop billiards, a pool the nine, a pool the eight (includes the American or European rules at choice), a pool the six, ten pool, a bullet a pyatnashka and others. The multiplayer of AdHoc which allows you to battle in billiards against your friends is built in a game. World of Pool for PSP - one of the best substitutes & quot;