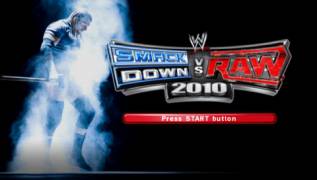 If creativity is your forte, then WWE SmackDown! vs. Raw 2010 will suck you in. The creation tools in this game have either been augmented or redone from the ground up. As a result, the game will turn out to be more interesting and extensive than previous versions from THQ.

While the existing "Create a Wrestler" and "Create a Finisher" features have been upgraded, a creative "a-story mode" has been added. Using dedicated tools, you can bring out your inner Vince McMahon (or if you evil, inner Vince Russo), design a RAW, Smackdown or ECW show.This is more than the GM mod that has been in the game for all previous years, here you will have control over the matches that will take place on the show, over the backstage fights, over the interview , and even the words that each star will speak will be your spelling.
Using a wide variety of preset features, you can create a script that will run weekly on your show. Gradually develop a feud between two wrestlers, build a love affair between the created wrestler and any WWE diva. Or just goof off by putting on a show with one Triple H yelling at the crowd from the center of the ring. You decide.

When designing a show, you will have the choice to either do a match or a promo. In the selection of matches for the show, there will be all types of fights that are present in the game. In doing so, you will need to set a win condition. Creating a promo takes more time than assigning fights. You will have full control over the actions in the segment. For example, you can make a scene with an exploding car or show an interview with a wrestler. Plus, in the game you will need to write the text that will appear at the bottom of the screen during the segment. Unfortunately, you will have to limit yourself to just reading the text in the scene, instead of hearing the voices of the wrestlers, but this innovation outweighs the lack of voice action.

For stories, you can choose any WWE wrestler or diva, as well as your created character. The "Create Wrestler" menu is no different from the menu from the 2009 version of the game, but it has been expanded and somewhat improved. Added a ton of new 3D-modeled clothing to create and is now better rendered. Now if you put the jacket on your wrestler's shirt, the fabric will fit realistically. In SvR 2010 it will be possible to change the color of clothing for wrestlers that were originally in the game, for example, you can change the color of Rey Mysterio's mask or some other part of the attire (but this feature will only be in PS3 and X-Box games).

The "Create Finisher" menu introduced to the game last year has also received some updates. The creators of the game claim that the content of creating finishers has been supplemented by about 30 percent, and the ability to create a finisher from a turnbuckle has also been added.

The online mode has also been slightly improved. Now everything you've created - whether it's your wrestler, turnbuckle finisher, or even a RAW episode - can be put online for other users to see.

The game will also have an extensive tutorial mode. More than 100 hints will be available to help the player quickly get used to the game. You should also pay attention to the fact that now the HUD indicators that we are already used to will not clutter up the screen. Instead, there will be new (more convenient and smaller) indicators.
Speaking of the riversal system, it's much easier to make them now. Previously, several buttons were involved in that. This is quite inconvenient, but now one button is responsible for the process of intercepting tricks, which is quite convenient and makes the game easier. The pinfall system is borrowed from Legends of WrestleMania.

After each match, a list of the most interesting moments for the match will become available to you and you can view them and save them for future use.
The road to Wrestlemania returns in this version of the game with 6 new storylines, which will include a diva storyline. A storyline should also enter the game, which can be completed by the created wrestler.