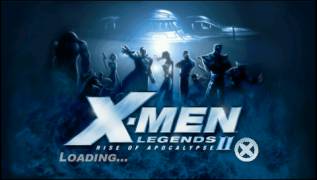 Favorite characters are back! Wolverine, Storm, Cyclops, Professor Xavier and their irreconcilable enemies led by Magneto are with us again. X-Men Legends was the first role-playing game with Marvel comic book characters at the center of the action. X-Men Legends II: Rise of Apocalypse builds on the success of its predecessor. The second part flaunts improved controls, prettier graphics, great interactivity and an unprecedented variety of characters. In addition, the writers wrote a simply stunning story. In Rise of Apocalypse, Xavier and Magneto work together! The blood enemies have a common enemy - the Apocalypse. He and his infamous four Horsemen threaten all life, and only the combined forces of mutants can stand against the Great Evil.