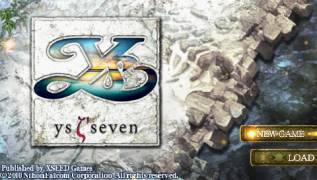 After a long and exhausting war with the merciless army of the Roms, the kingdom of Altago and its inhabitants are trying to settle down and start a new life in new lands.

One fine day, two friends, Eidol and Dogi, sailed into the harbor of the capital of the kingdom and, trying to save a local girl from the persecution of an armed man, unexpectedly get into a fight with the Dragon Knights, a detachment of the military police of the city of Altago. The commander of the detachment, offended by such an outburst of strangers, arrests friends and tries to accuse them of espionage. However, the king, having learned about the arrival of Eidol and Doga in the city, immediately releases them from captivity and invites them to a conversation in his chambers. The king tells them about an ancient shrine that was discovered after a recent earthquake, and asks for help in researching this mysterious find. After carefully listening to the king, friends agree to help the kingdom, not even realizing that this act will be the first step in their new and long journey.