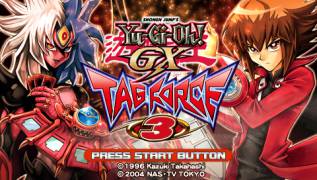 Card battles on portable consoles have never known such intensity of passions! Yu Gi Oh! Duel Monsters GX: Tag Force 3 is the most advanced entry in the series for the PSP to date. More than three and a half thousand cards allow you to build unimaginable combinations and defeat your opponents in a variety of ways.

The game takes place in the universe of the popular television series Yu-Gi-Oh! GX and are based on the third and fourth seasons. You will meet familiar characters and be able to take part in epic magical battles and exciting, unpredictable adventures with them. An impressive deck of cards provides a rich selection of traps, monsters and spells, so you won't be bored in this fantastic war.

Another part of Konami's hit card game based on the famous anime, here are the main differences and innovations: