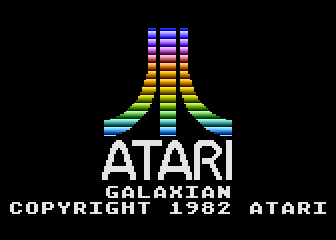 Galaxian is an intermediate link between Space Invaders and Galaga. Multi-colored winged aliens move across the screen in strict rows, but some of them break down, trying to please you.
Gorf 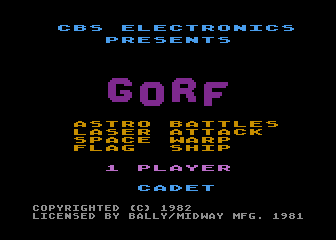 How to make the best game of all time? There is nowhere to be easier - you need to take the best from everywhere and put it together. Gorf is something between Space Invaders, Buck Rogers: Planet of Zoom and something else.
Gremlins 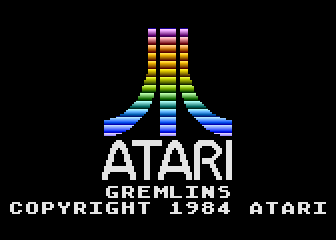 Unlike the spooky Atari 2600 version, Gremlins is not only enjoyable and fun. She is full of life. The dark music only adds to the fun. At the beginning of each level, the screen is filled with Modwai, Gremlins, food and water.
Gyruss 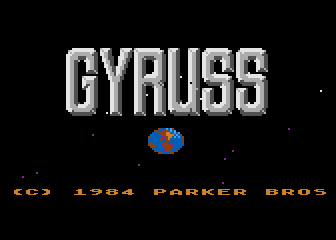 The entire solar system has been invaded by the evil Ghirassans, and it's time to save the world again! Fly to each of the 9 planets and clear them of aliens in three levels. During the game, you can improve your weapons.

When choosing a name for the new system, the developers simply doubled the number 2600. The Atari 5200 model released in 1982 had 4 joystick ports (most systems of the time only offered two), a new controller with an analog joystick and numeric keypad, four fire buttons and start / pause / reset. For the first time, the set-top box was supplied with a “TV switchbox” device for connecting to a TV - when the set-top box was turned on, the TV automatically switched from the antenna signal to the signal from the set-top box; earlier, to switch, you had to do it with a switch on the connector box.