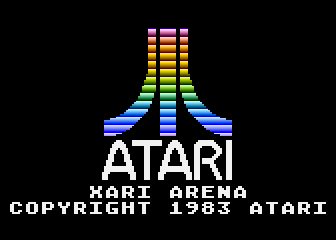 Trying to cross Breakout and Off The Wall. 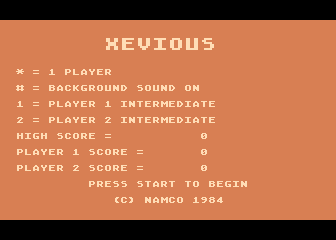 Imagine now that we humans really are aliens on Earth, and its indigenous inhabitants, Kseviontsy decided to return to the planet itself.

The Atari 5200 SuperSystem, or simply Atari 5200 gaming console of the company Atari, released in 1982 as a replacement for the well-known Atari 2600. The model 5200 was created to compete with the Mattel Intellivision, but soon after the release of the consoles it turned out that she'd rather compete with the ColecoVision. Some flaws made during the design, had a strong influence on the usability of the system, due to which the overall model can be considered unsuccessful.

After the release of the 2600 in Atari worked on a new improved console. But when she was almost ready, the market situation has changed: began to gain popularity home computers appeared models such as the Commodore PET, TRS-80 and Apple II. At the technological level of these machines was close to 2600, but sold for a much higher price, respectively, and profit from their production was much higher. Atari's management decided to enter this market, and a new console was converted to the Atari 400 and 800, hitting the market in 1979.

In the early 1980s, the market came the second wave of consoles, including the Mattel Intellivision. It is not surprising that 2600 compared to other consoles has become less attractive. But Atari was a surprise that the sales of the 2600 was reduced very sharply, and this was the reason for the decision to return to the market of game consoles with the new model made according to the original specs of 1978.

Choosing the name of the new system, the developers simply doubled the number 2600. Model Atari 5200 released in 1982 had 4 joystick port (most of the time offered only two), a new controller with an analog joystick and a numeric keypad, four buttons "fire" and press Start / Pause / Reset. With the console first shipped the device "TV switchbox" to connect to the TV when the console is switched on, the TV automatically switches to the antenna signal on the signal from the console; before switching it was necessary to make it switch on the box connector.

Model 1983 had only two joystick port instead of four, and a device for connection to the TV was no longer automatic. The Atari 5200 did not have much compatibility with the 2600, but in 1983 was released the adapter to run the games from the 2600, which allowed to use for old games more reliable game controllers of the new consoles. Another problem was the lack of attention that Atari paid the new console — most of the resources were given to the Atari 2600.