The Sega Mega Drive , known in North America as the Sega Genesis , is a fourth-generation video game console developed and manufactured by SEGA. The Sega console was released in 1988 in Japan as Mega Drive , in 1989 in the USA as Genesis , and in 1990 in Europe (Virgin Mastertronic), Australia (Ozisoft) and Brazil (Tec Toy) - again under the name Mega Drive . The reason for the name change when the set-top box was launched in the US market was the impossibility of officially registering the Mega Drive trademark. In South Korea, the set-top box was distributed by Samsung; the prefix was called Super Gam*Boy , later changed to Super Aladdin Boy. The Mega Drive is Sega's third hardware platform after the Master System.

The console was developed by a research team led by Hideki Sato and Masami Ishikawa based on the hardware of the System 16 arcade machine. The Motorola 68000 was chosen as the primary CPU, and the Zilog Z80 became the secondary. More than 900 games have been developed for this gaming system, in the creation of which both Sega itself and third-party publishers took part; games were distributed on game cartridges. The Sega Genesis is backwards compatible with the Master System through the use of the Power Base Converter device. sold separately. Other peripherals and networking devices were also developed for the console. At the same time, the console itself was produced in various variations, which were aimed at expanding functionality.

In Japan, the Mega Drive failed to outperform its two rivals, Nintendo's Super Famicom and NEC's PC Engine. However, it was the first fourth-generation console to achieve significant success in the North American and European markets, where it competed against a wide range of platforms from both dedicated gaming devices and home computers. The success of the console was facilitated by the abundance of ported arcade games, the popularity of the Genesis-exclusive game Sonic the Hedgehog, several popular sports series of games, as well as aggressive youth marketing, positioning the system as a "cool console" for teenagers.

Although the Genesis dominated the North American and European markets, the console war that began with the release of the Super Nintendo effectively drove other 16-bit video game consoles out of the market. The life cycle of the console began in 1988 when the console was released in Japan and ended with the release of the last officially licensed game in 2002 in Brazil. Although Sega has never released sales results, the Mega Drive is Sega's most successful console. Several expansions were also released for the Mega Drive, including the Sega CD and Sega 32X.

Public controversy in the United States around violent games such as Night Trap and Mortal Kombat forced Sega to create the world's first videogame rating council (predecessor of the Entertainment Software Rating Board) to avoid serious censorship of game content. Using this system's ratings, Sega was able to ship games with little or no censorship, giving them a significant competitive edge over Nintendo's games. The success of these games gradually forced Nintendo to also join the Videogame Rating Council.

By the end of 1994, when 32-bit systems began to be released, Genesis sold 29 million units worldwide, and by the end of the console's life cycle, this number had increased to approximately 40 million. The console and games for it continue to be popular among fans, collectors , game music lovers, retrogamers, emulator users, as well as among the fan translation community. Replicas of the console are currently being produced by third parties, and there is also a community of homebrew developers developing new games for the system. Many of the games in the Mega Drive's game library have been re-released or ported to other platforms and are available for download through online services such as the Wii Virtual Console, Xbox Live Arcade, PlayStation Network and Steam.

In 1994, Sega decided to enter the Russian market, but it was decided to move away from the distribution format through its own representative offices, and therefore, to distribute the set-top box, cooperation was concluded with the Nissho Iwai trading house, which at that time had already been working in Russia for more than 30 years and it was possible to buy Sega . However, Nissho Iwai later entered into an agreement with Forrus, which agreed to take over the distribution of Sega consoles, and create its own dealer network. As a result, Nissho Iwai bought products from Sega, and resold them to Forrus .

With game cartridges for Sega , the situation in the post-Soviet space was better than that of Dendy, since their content was in most cases not touched, but they were produced and sold illegally. There was also a special module for Mega Drive - Mega Key, which converted all regional formats (PAL, NTSC, etc.) to PAL, thus making it possible to play any Sega games , no matter where they are were made. In most later fakes, this module was already built in and access to the switches was carried out on the back of the set-top box or through the open compartment of the system connector.

To extend the life of the Genesis, Sega created and released two additional devices to increase the system's capabilities: the CD device known as the Sega CD (Mega-CD outside the US) and the 32-bit Sega 32X peripheral. By the end of 1994, the Mega Drive had sold 29 million units worldwide, including 14 million in the US, 3.5 in Japan, 2.1 in the UK, and 800,000 in Germany. The expansions were less successful, with the Sega CD selling 2.7 million copies worldwide and the Sega 32X selling 665,000 copies.

By the end of 1995, Sega was supporting five different consoles - the Saturn, Genesis/Mega Drive, Game Gear, Pico and Master System, as well as the Sega CD and Sega 32X add-ons. In Japan, the Mega Drive was not successful, and the Sega Saturn outperformed the Sony PlayStation console, so Hayao Nakayama instructed Sega's American subsidiary to focus on distributing the Saturn with a surprise early release in the summer of 1995. While this move was a good move for the Japanese market, it proved fatal for the outlying territory: the Genesis game market was vastly larger than its Saturn counterpart, and Sega was unable to keep up with demand.

In contrast, Nintendo focused on the release of 16-bit home consoles, as well as the Game Boy portable console, which became successful and allowed Nintendo to take 42% of the video game market; the company did not launch a 32-bit set-top box on a par with Sony and Sega. As Sega decided to stop supporting 16-bit systems and focus on the Saturn, Nintendo took over by 1995 with the SNES and Game Boy. The 1995 release of the Sega Nomad handheld was an ill-timed flop (just after the launch of the Saturn), followed shortly after by the game Pokémon for the Game Boy, which gained great popularity. Further releases of new SNES games such as Donkey Kong Country 3 and Super Mario RPG cemented the success of the Nintendo console. Although Sega continued to hold 43% of the video game market by that point, Nakayama decided to cut the US division. Tom Kalinske, who oversaw the growth of Genesis in 1991, lost interest in the case and quit in mid-1996.

Throughout 1997, Sega continued to distribute the Genesis prefix in the world market, during this period 20 million copies were sold in the United States. In 1998, Sega licensed the North American distribution of the Genesis to Majesco, which began selling millions of previously unsold cartridges at a budget price, as well as 150,000 units of the second Genesis model. Later, the company released the Sega Genesis 3 console, hoping to sell 1.5 million copies of this console by the end of 1998. The final sales figure for the Genesis in the global market was 40 million units, of which approximately 3.58 million were sold in Japan, 8 million in Europe and 3 million in Brazil .Although the sales figure was 9 million units less than that of the SNES, in the history of 8-bit systems, the gap between the Master System and the NES was 47 million copies.

Genesis uses a 16/32-bit Motorola 68000 as the main microprocessor of the Genesis. The console also has an additional processor - an 8-bit Zilog Z80, which controls the sound equipment and provides backward compatibility with the Master System. The system includes 72 KB of RAM and 64 KB of video memory; it is capable of displaying up to 64 colors from a palette of 512 shades on the screen. Games that run on the console are in cartridge format, which is inserted into the console from the top.

Two devices were responsible for the sound output in the game console: a Texas Instruments SN76489 programmable sound generator, which provides compatibility with the Master System, and a Yamaha YM2612 FM synthesis chip. The programmable sound generator was physically integrated into the YM7101 VDP video processor chip. The Z80 processor was used primarily to control both audio devices, providing stereo music and sound effects. In the upgraded versions of the original set-top box, the functions of the YM7101 and YM2612 chips were implemented in a single FC1001 chip.

The back side of the first model has an RF outlet for antenna and cables, and a dedicated 8-pin DIN port. Both connectors provide audio and video output. The headphone jack on the front of the console supports stereo sound. In the second model of the set-top box, the DIN port, RF hole and headphone jack were replaced with a single 9-pin hole located on the rear side and designed to reproduce composite video, color palette and stereo sound. Early copies of the first model also had a 9-pin connector, which was later removed. The edge connector on the lower right side of the console is used to connect peripherals.

Gens is a Windows emulator that supports 97% of Sega Mega Drive games. The program reads files in .gen, .zip and other formats, allows you to save the game, use gamepads and even play over the Web using the Kaillera service.

Kega Fusion is a multi-platform emulator that can run games not only for the standard Sega Mega Drive, but also for additional devices like the Mega-CD and 32X. The program accurately emulates the console and is perfectly optimized.

RetroArch - Convenient and stylish emulator - the design of the program resembles the interface of the PlayStation 3. RetroArch supports the game on the Web, achievements and gamepads. It has built-in modules for recording and streaming gameplay, as well as extensive graphics settings.

Exodus - The developers of Exodus rely on emulation accuracy, good optimization and minimization of latency. Thanks to this, their program is compatible with almost all existing games. All standard features like saves and the ability to play on gamepads are also in place.

OpenEmu is a unique emulator for Apple computers. OpenEmu allows you to play projects from 30 different consoles (including the Sega Mega Drive) and collect separate libraries, saves and settings for each of them. The program is updated regularly.

ClassicBoy - A feature-rich emulator for Android. It can run games not only for Sega Mega Drive, but also for PlayStation One, Game Boy and so on. Supports gamepads, multiplayer on the same device, gesture control and gyroscope. Saves are not available in the free version. 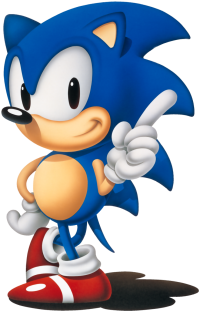