Dendy or Dendy is a game console, an unofficial hardware clone of the third-generation Famicom console (known in the US and Europe as the Nintendo Entertainment System) by the Japanese company Nintendo. The Dendy prefix was based on the Japanese hardware design and the cartridge format, which was somewhat different from the American one. Dendy has been produced since the end of 1992 by Steepler, assembled in Taiwan from Chinese components by order of Steepler and was distributed in the republics of the former USSR, especially in Russia, Ukraine and Kazakhstan. Since the NES was never officially sold in the post-Soviet space, Dendy, which was widely distributed at an affordable price, gained great popularity.

The name Dendy in the former USSR actually became synonymous with the Nintendo Entertainment System and Famicom. Even prefixes "Kenga" and "Subor" , compatible and appeared later, were called none other than "Dendy" .

The Dendy prefix was produced in several modifications.

Dendy Classic (Micro Genius IQ-501) has two video outputs (high-frequency and low-frequency) and two detachable gamepads that are attached to the sides of the console. The shape of the console and gamepads differed from the original ones in more rounded shapes.

The Dendy Junior (produced around April 1993) is similar in appearance to the original Famicom. It also had two rectangular gamepads, which, unlike the original ones, could be detached, they were connected in front of the console. The light gun was not included as standard, but could be purchased separately and attached in place of the second gamepad.

Dendy Junior II (since approximately April 1994) - the design of the case repeats the Dendy Junior, but the gamepads are not detachable and the second of them lacks the Start and Select buttons, although they are divorced and functional on the gamepad board itself (by replacing the case of the second gamepad yourself, you could to get a fully functional gamepad, which was very important for some games like the Battletoads series). The light gun is connected in front of the console, to the connector parallel to the second gamepad. This model is the closest to the original Famicom, it differs in the body color, lack of a microphone and the presence of additional Turbo buttons on the gamepads.

Dendy Junior IVP (since circa December 1995) - also included a light gun. The plastic case of the gamepads, pistol and console was black, not white or gray, like all previous modifications. The case of the RF adapter is made of black plastic, in previous modifications it is made of metal.
In 1994, a "Dendy Pro" model (Micro Genius IQ-1000), with one wired and one wireless gamepad, was prepared for sale, but it never entered the market.

In 1996, Steepler also sold the Subor SB-225 set-top box, which is very similar in package to the Dendy Junior IVP.

Since the late 1980s, Taiwanese firm TXC Corporation has been manufacturing Famicom/NES clones and selling them under the Micro Genius brand. In 1992, Viktor Savyuk came to Stipler with a proposal to create and sell television game consoles and replaceable cartridges with games under the Dendy trademark. The first set-top box sold by Steepler under the Dendy brand was the Micro Genius IQ-501. The prefix appeared on sale at the end of 1992 at a price of 39,000 rubles ($94). The mascot of the prefix - baby elephant Dendy - was drawn by Russian animator Ivan Maksimov. The prefix had its own commercial on Russian television with the phrase “Dendy, Dendy, we all love Dendy! Dendy - everyone plays!

Demand for the products was very high, and in April 1993 Steepler already had four regional dealers and a turnover of 500 million rubles ($722,000). Steepler occupied an almost unoccupied niche, and at that time Russia was uninteresting to the world manufacturers of computer games and consoles. We had to fight not for demand - the main competitor was the "gray" import of similar Chinese-made products. Since August 1993, the Video-Ass Dendy magazine has been published in Russia, which, until the Sega Mega Drive console appeared on the Russian market, concentrated almost exclusively on describing games for Dendy. After the release of the two-volume issue 18 in April 1995, the magazine was divided into two branches - "Dendy - New Reality" and "Video-Ass Great Dragon" (from issue 26 simply "Great Dragon", the last issue came out in December 2003).

At the beginning of 1994, Steepler reorganized, as a result of which the Steepler Trade retail chain was spun off into a separate company, Lamport.

By the middle of 1994, Steepler had already sold about a million Dendy consoles, reaching a sales level of 100-125 thousand consoles per month and a monthly turnover of $5 million. The price of the console at that time was $30-35.

In August 1994, Inkombank and Steepler announced plans to create a joint business - the Dendi company: Inkombank participates in it with money and receives 30% of the profits. In November 1995, Dendy already had 10 subsidiaries in the regions and 80 dealers, retail prices for set-top boxes dropped to $20.

At the end of 1994, Dendy had two competitors working according to the same scheme - selling Taiwanese-made set-top boxes in Russia - Kenmaster (Kenga trademark, distributed through Lamport) and Bitman (uses the R-Style distribution network for distribution). Dendy also competed with Sega Mega Drive consoles supplied by Nisho Iwai and Forrus. In November 1994, Dendy entered into an agreement with Nintendo, according to which it refused to promote Sega products and received exclusive rights to distribute the Super Nintendo console in Russia and the CIS.

Starting from October 1994, the TV show "Dendy - New Reality" is shown on the 2x2 channel once a week, the second season (1995-1996) is aired on the ORT channel. From March 27 to April 7, 1996, a Killer Instinct tournament was held in Moscow, the final of which was shown in the Dendy World program. 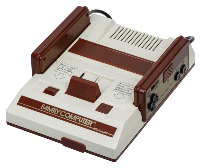 In April 1995, Dendy entered into an agreement with the Chinese company Subor on exclusive rights to sell 8-bit Subor set-top boxes in Russia and other CIS countries. The first Dandies could be bought already in July 1995, and the Dandies could already be bought.

Steepler ceased operations in 1996. Modern game consoles with the inscription "Dendy", which can be found in numerous markets on the shelves with Chinese products, are not related to Steepler.

On the site you can play Dendy online for free directly in the browser, you can also play Dendy games on your computer using the emulator prefix dendy .

You can download dendy games from many sites on the Internet. They spread it in theNESformat - the Dendy game format, abbreviated from the full name of theNintendo Entertainment System.

You can also download Dendy games on modern phones using Emulators for this console.

FCEUX - Excellent and multifunctional. Supports video recording, the ability to connect joysticks. Compatible with most ROMs.

FCE-Ultra - High-quality emulator with many settings. Allows you to use Game Genie codes, record the process of passing games on video. It is possible to play online.

NESten - The main advantage of this program - excellent compatibility with games. Some ROMs run only in this program.

Nestopia - Dendy system emulator in Russian. It has many settings for video and sound modes. Supports saves. Able to run games from Zip-archives.

Nnnesterj - One of the most sophisticated, but also the most nimble. Logical interface, many sound settings. Works with archives, records video.

VirtuaNES - Able to expand to full screen, while smoothing pixels. Compatibility with Asian ROMs is one of the best. There is support for optical pistol games (shooting with the mouse). 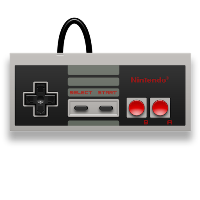 Nesoid - Cool program - quite fast and multifunctional. There is support for light weapons for games like Duck Hunt, Wild Gunman. Russified.

Mojo NES Lite - Not too fancy with optimal functionality. The light gun function is easy to set up. Good compatibility.

NES.emu - An excellent emulator with tons of features. Save function available. Well emulates "pistol" games - shooting through interaction with the touchscreen.

Nescube - In general, a decent emulator, however, it works quickly and without noticeable brakes only on phones with fast Java.

vNes - A good mobile emulator with gameplay speed settings. The game mode for two is possible via the Bluetooth system. Compatible with many ROMs.

Dendy online is an excellent opportunity to play your favorite dendy games on your computer right in the browsers of your personal computer or laptop. You just need to find a game and you can play Dendy online , remembering your youth, or just look at what you played before and how it all started in the distant years ago. 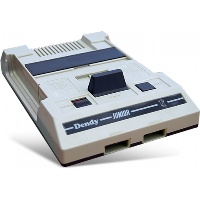