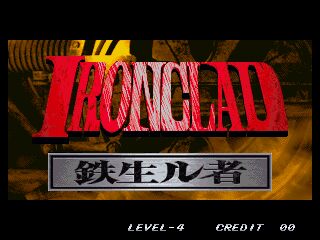 Neo-Geo — game system created by Japanese company SNK in 1989. Most of all she was known as the system for game machines (arcade), and was also released as a separate game console (console). System for slot machines (MVS — Multi Video System) was different from the consoles (AES — Advanced Entertainment System) the presence of slots for installation of up to 6 ROM cartridges at the same time. The console appeared in stores a year later (in 1990) and did not have such popularity as a gaming machine, because of its high cost to the end user. Still later (in 1994) was released the console version with CD drive ("Neo Geo CD"), which also did not get popularity.